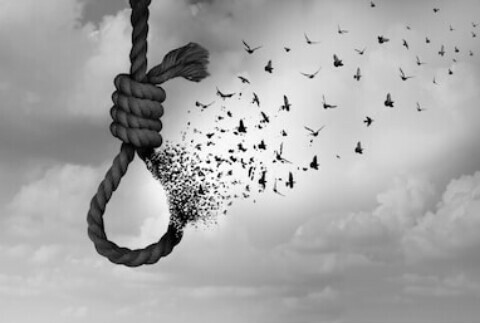 Hey Folks, What’s Up? Hope you all doing well. You may got the assumption of my post, by title of the blog. So I don’t think I should’ve to give more narration about it, Right?

Exactly Right guess, in today’s post I told/explain you, why you shouldn’t commit SUICIDE. But have you any Idea Why people/person commit suicide? As one’s life became more n more stressful/painful – by giving up to situation person chose to Commit Suicide as a last option.

But Really it’s Right Option though? Not at all, Infact Suicide will never be the Right Option/Choice even Not Today – Not Yesterday and Never Ever. By commiting Suicide one may release from those situation which lead them to there, but they forget they lost the most precious thing of World, i.e. LIFE.

But do you know what Life mean by? The person who knew it will never commits Suicide and the person who doesn’t knew will always find Suicide as a Right choice or say right option. But their Right option will turned out to be Blow for their family, a huge blow, which never imagine by other.

Suicide, the word itself shows its Cruelty. By Killing themselves how can One can said that he/she survived? Infact they don’t kill themselves only, They kills firstly their Confidence, which forced him/her to doing stuffs & face result whatsoever.

But really If you born as Human then just Thank to God, for giving you life as human and what do you did if you’ve no courage to face problems or issues of life? Just shorten your life, that’s all? Is it the right treatment to the God Gift?

Of Course, NO. Then what to do if you’ve thought in your mind to commit Suicide? Really, I know when people have no guts to face the world or say left no option to live the life they drove towards it. One should’ve to find the Reason to live the life, & that reason is very clear – Happiness of your Parents.

Just think about it, when you decided to commit Suicide – Remember Your Mother’s Face, Ocean of Million Dreams to see you as Most Successful person of the World & Your Father’s Face, who say less but there’s lot to learn from each n every word of him. Really don’t you think that reason is enough which forced you to think about your Decision regarding life?

Look Problems, Obstacles, Issues, Defeats and Shame is part of your life cycle. It doesn’t mean you’ve to give up on situations or say you are useless. Let people blame you or whatever they want to do with you. Just stay with yourself.

It’s said that In Bad Time Even your Shadow won’t Stay with you. But I want to say Who need Shadow when you’ve your own Support. Never break down your Confidence. The Day when you starting to doubt towards yourself, Your count down is began of Life.

Do whatever just be hammer will. Never give a shitty chance to others to judge you. Just stay with your Real Personality. Never be Fack, be Original.

I just want to share my funda which help me lot when negative thoughts playing in my Brain,

Always carry a Photograph of your Parent in yout Wallet or Purse & whenever you feel pessimist/negative, Just See it, Believe me You Automatically Gonna Smile/feels Relaxed.

Really Before commiting Suicide, think Calmly, think Twice, think pros and cons of it and then chose, Is it really Beneficial to others by commiting you Suicide? If your inner soul won’t respond stop there & calls to your close one to whom you can share your Situation.

Suicide is not an Option, Not NOW – Not THEN – Not SO EVER.

So that’s all for the day, if you meet any person who looks broken and left no interest to live the life then help him/her to get out of difficulties. Otherwise one can contact me on follow email ID, I’ll consult you soon.

16 thoughts on “Suicide: Not an Option Nor a Choice”